Your teacher will very soon be filling this page with exciting class news, pictures of things we’ve done and more.

Do you have any ideas for this page? Why not let your Teacher know!

We are really enjoying hearing about how hard you are all working whilst you are at home! Well done and keep it up! If you email us your photos, stories (as word files) or anything else, we will upload it here. It's a chance for you to 'show off' your hard work and to see what everyone else is doing!

Another busy week for Ellie - capacity , building a marble run and baking!

Finding the difference between capacities
Yum!
Designing and making a marble run!

And more from Joseph ....helping out and story writing...

Joseph has used every word from his set 4
spellings to write a Minecraft story!

Another performance from Chen - especially for everyone with a 'lockdown' birthday!! 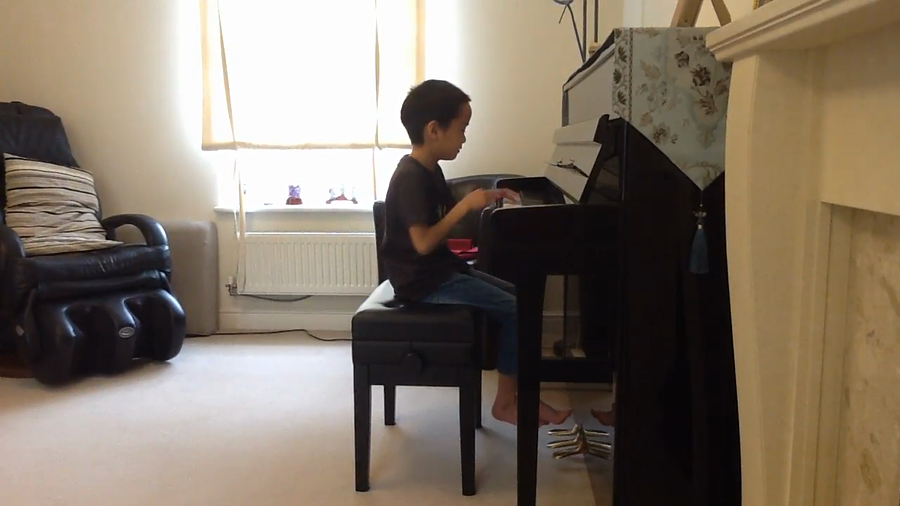 Ethan has had a great go at the Spring photography challenge ...

A lovely desert scene and Spring poem here from Martha ....

Another busy week for Ace and Eva! Check out these super 'Spring' poems and creative clocks!

Isla has been using this extra time to develop her hobbies too - and to have some fun! It's really important for all of us to take care of our well-being.

Another video - this time from Bella, presenting the weather in Germany... 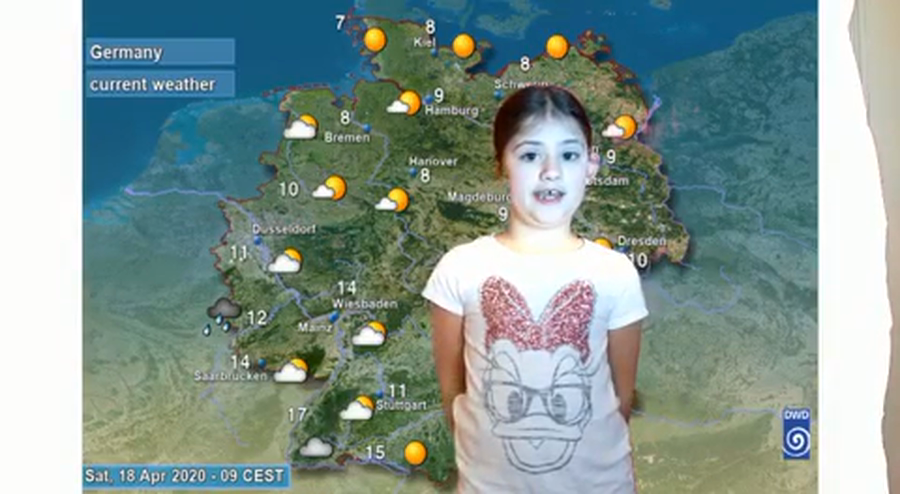 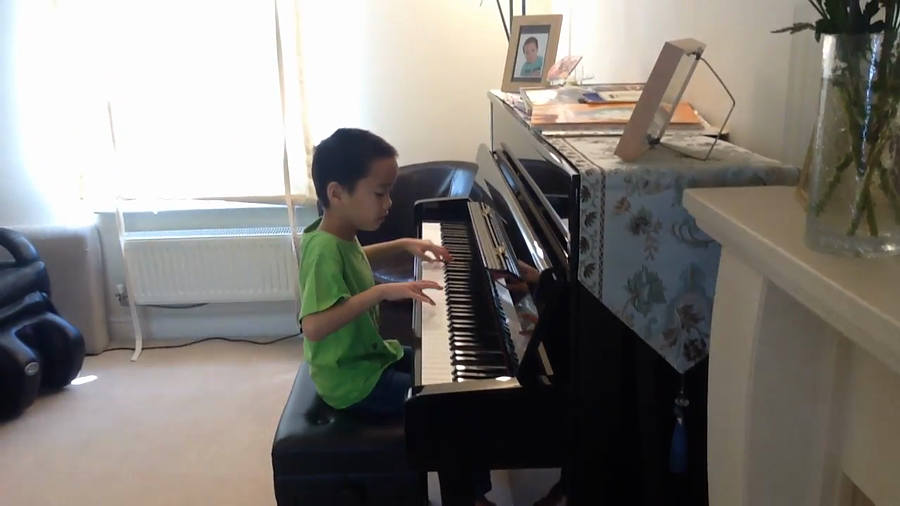 Chen has written a super 'Lost and Found' story!

Lost and Found Once there was a small boy called Joseph. Joseph was 8 years old, and he had a brother and 2 sisters.He is the oldest one in the family and he’s always there for them.One day he found a ﬂying squirrel in his treehouse, he didn’t know where it had come from.The ﬂying squirrel looked so doleful that Joseph thought it was lost. Joseph decided to help. First he checked with his neighbours but nobody kept ﬂying squirrels. Next he checked with his friends but they didn't keep ﬂying squirrels either. Joseph didn’t know where to go next. Finally, he went to the library and discovered that ﬂying squirrels come from Canada! Joseph didn’t waste a single second to pack everything they would need and buy 2 tickets for the ferry. On the trip Joseph and the ﬂying squirrel played games, read books and watched the sunset. Finally, they reached Canada! After they got out of the ferry Joseph gave some supplies to the ﬂying squirrel and a plant for a gift. After shaking it’s hand Joseph went to buy another ticket for the ferry home.The ﬂying squirrel looked downcast. On the way home Joseph felt lonely. There was no point of playing games because there was nobody to play with. There was point of reading books because there was nobody to read to and there was no point of watching the sunset because he arrived home early . Joseph walked home unhappily but when he nearly reached home something caught his eye, there was something on the door step. It was the ﬂying squirrel! It was not lost, it just didn’t have a place to live! The ﬂying squirrel moved into the treehouse. The ﬂying squirrel and Joseph became best friends forever, and it was never lonely again!

More from Ellie ... this time some Science with shadows and a creative stick!

Poppy has been hard at work again - this time some super Science and story writing from week 2 ...

Ethan has been very busy both creating and entering (and winning!) competitions!

Isla has been enjoying the sunshine whilst being creative and written a super 'Lost and Found' story - well done!

Poppy has been busy with her maths,and using her doubling skills to help with her cooking. Well done!

Ace and Eva have each other to work with! Great Maths work guys! They have also been working on their family tree, desert research and practicing their money skills with a sweet shop.

'The Lost Monkey' by Shalome

Can you see how Shalome has shown that the monkey is angry?

Once upon a time there was a girl called Isabelle. One day she was coming home from school and she saw a monkey ““wow” said Isabelle. When the monkey saw her it started to follow Isabelle everywhere. The monkey looked sad and lost so she decided to help it.

First she checked the local police station but no one had reported a missing monkey. She was about to see where a monkey came from when something caught her eye it was a poster, it said lost monkey from the local zoo. If you have seen please take it back.

She walked while telling stories / throwing crumbs and playing game’s .They reached the zoo it was hard to say goodbye. After five minutes Isabelle left the zoo and was walking home angrily while kicking rock’s. When she got home she saw something at her door...it was the monkey. She figured it wasn’t lost it was just lonely, now it lives in the spare bedroom.

Read Ellie's 'Lost and Found' story ...well done Ellie! She has also been investigating the magnetic properties of coins, with some interesting findings!

Ellie has also been researching a desert animal. Find out all about the sand dune cat .....

Welcome to Year 3 Polar Bears and Puffins! Your teachers are very proud of the way that you have settled into your new school and it feels like you have been here for ages!

The children in Puffins and Polar Bears have been working very hard on creating an informative and interesting map of the UK. We've learned about important cities, nations, flags, rivers, mountains and seas and the 8 compass points.

In Puffin class we are enjoying reading Charlie and the Chocolate Factory as our class reader. What great vocabulary and character descriptions there are! We're taking inspiration from Roald Dahl and writing ideas in our Magpie Books.

Polar bears have been very busy at home, working on some activities from their UK fact files. They have produced some brilliant models and pictures - well done all!

Ellie - the O2
Bella - Big Ben
Eva - Big Ben
Ace - The London Eye
Ethan - the London Eye
Ily - Big Ben
On Friday 8th November, Polar Bears enjoyed a karate taster session with a local karate group from Wymonham. Look at us in action!
Thank you very much for all of your contributions of coins to cover Pudsey! We enjoyed filling his face and raised £317 for Children In Need.

To finish our Stone Age to Iron Age topic, we went to the forst school area to create our own shelters from natural materials. We tried to make them child sized. See what the Polar bears created!

We have had a wonderful Autumn Term in Year 3 and to end it we thought we would share with you some photos of our German Market yesterday. It was a lovely occasion and great so many family members could come and make it a special way to end the term. Merry Christmas from all the staff in Year 3!
Top
Cookie information
Cookie Notice